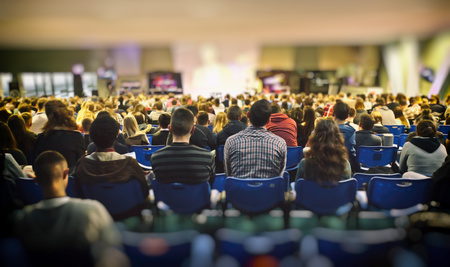 I’ve just finished writing my first list, ranking startup gurus and why they are successful. However, most of those creative entrepreneurs who appeared in the list such as Mark Zuckerberg and Andy Rubin, are actually no longer owners of startups and stand behind some of the biggest corporate powerhouses in the world.

I work for a UK based startup and I thought it would be great if I covered some of the more recent companies that have been formed in the UK, specifically focused on those businesses that are performing beyond expectation in 2017.

Cornerstone was ranked number 10 this year in Startups top 100 list. There are a ton of other startups I could have picked for this number five position but I have to include Cornerstone in my top 5 based on the brilliant premise of Oliver Bridge’s business.

Oliver set out in 2014 with very particular goal in mind. He realised that the male grooming market was dominated by ‘ineffective and expensive’ products. So he created Cornerstone, an online subscription service made up of own-brand, quality shaving products for men.

Cornerstones 24 person unit, has over 110’000 customers in the UK, a figure that has doubled in only a year – and it’s no wonder why. Having almost given up on clean shaving, I find Oliver and his two year old startup not only beneficial to me personally but also satisfying from a business perspective.

Ever since I shed my adolescence and started shaving I have been faced with a choice of two brands (that will remain unnamed). Both of which, have become increasingly overpriced, leaving many men ,including myself, with scruffy unshaven beards. In fact, this uncomfortable way of living has becoming so common that beards have become fashionable. Either that, or beards are simply cheaper to maintain.

Oliver said he ‘wants to completely destroy the men’s aisle at Boots and have every man in the UK getting their toiletries from Cornerstone’.

By growing his product line, Bridge wants to go on to sell his business for £100 million pounds by 2020. At the moment, he seems very much on track to do so.

Avin Rabheru, Housekeep’s founder and chief, first launched his Uber-esc house cleaning service back in 2014. Since then Housekeep has gained over 20’000 loyal customers with 1000 of those signed up for recurring subscriptions.

House keep was named by Startups Awards as Service Business of the Year in 2016 and they show no sign of slowing down with aims to increase their subscription customers to 10’000 over the next 12 months.

Housekeep currently operates within zones 1 -4 of the Greater London metropolis but Avin claims that there is every intent to take the company global. 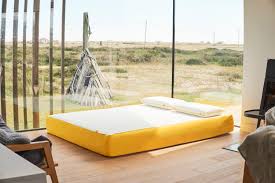 In just two years Jas Bagniewieski and his team have launched six products in 12 countries. In May of this year, Eve announced its first IPO on the London Stock Exchange. A phenomenal indication of growth and potential for investors. Customers can see the benefit too, with more efficient advertising and faster delivery times, Jas and his company are surely on a path for further success.

Although inundated with an influx of competing brands, it’s stands as a testament to these creative entrepreneurs, that they have been able to brush aside competition and come out on top with increased revenues of up to 355%. They went from an initial £2.6 million investment in 2015 to now showing capital of over £12 million.

The team said it took great branding, a great team and a great product but most importantly, a little bit of luck.

According to the Perkbox website, ‘Perkbox helps business become happier by creating more inspiring places to work – through incentives known as perks, in order to provide financial, emotional and physical well being’.

Perkbox incentivises companies to sign up for it’s service by building tailor made perk plans for a company’s employee workforce. These perks can include supermarket savings, high street savings, gym discounts and free phone insurance as well as cycle2work schemes.

They have also teamed up with a number of well know brands such as M&S, Argos and Odeon. Companies with a subscription service can allow their employees to make use of these perk schemes with the idea being to improve productivity among the workforce. As smart idea from two genius, creative entrepreneurs.

Laundrapp is another Uber-esc business. An app that allows its customers to have their washing picked up, cleaned and then dropped off at their desired location.

I was fortunate enough to meet the founder and CEO of Laundrapp, Edward Relf at his Covent Garden based offices. Although it was little known to the public at the time, Edward has just secured a deal to launch Laundrapp in 15 countries by the end of 2017. The idea was to license it’s logistics technology to laundry franchises across the globe.

Currently the service is available in 100 towns and cities across the UK and the app has been downloaded over a quarter of a million times since launch.

Despite not yet being a profitable business, it’s Edwards clear goals to expand that land him the number one spot on my list.

Check out my previous article on Startup Gurus here.