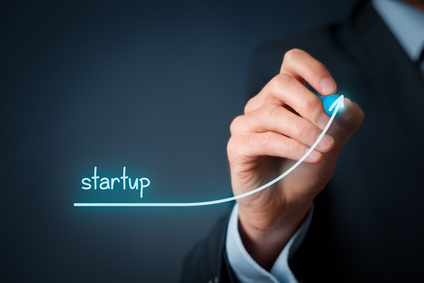 A guru, from the Sanskrit, ‘master, teacher, and expert’.

We’ve been in business for over five years but we still call ourselves a startup. We take a great interest in the business of all types and thought now would be a great time to share our interest in some of the most exciting startup entrepreneurs of 2017. So without further explanation, this is our list of startup gurus. 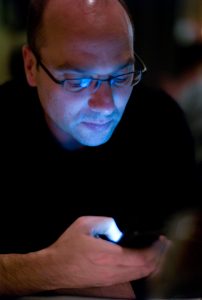 Founder and CEO of Essential, formerly of Google, Apple Inc and Danger Inc. Andy left Google in 2014 and later launched his startup, Essential, a competitive smartphone company backed by a $330 million dollar investment. The phone, simply named the ‘Essential’ phone has been designed by Rubin and co to undermine the likes of Apple’s iPhone and Samsung’s Galaxy.

The Essential phone is the first step towards a larger goal of Rubin’s. Rubin has said he wants to launch multiple products in direct competition with some of the most hardcore tech companies in the world. The next product of the Essential Products line is rumoured to be a smart home-hub, similar to Google’s home and Amazon’s Alexa.

It may seem like a monumental task in today’s competitive market but Rubin is well qualified for the task. In 1989 he was nicknamed ‘Android’ by his co-workers at Apple due to his love for robotics. Android stuck and it became the apt name of his open-source operating system, a name that has now become synonymous with the smart-gadget industry.

After leaving Google’s Android program in 2014, Rubin focused much of his time on his startup incubator program, Playground Global, which he launched in 2015 with Peter Barrett. A tech-focused incubator that provides mentor-ship and funding via Redpoint Ventures, Rubin’s venture capital firm. The program is specifically focused around furthering developments in artificial intelligence (AI).

Despite Rubin’s rich tech background the competition he faces from the likes of his former employers at Google and Apple is overwhelming. However, he is determined to succeed. He claims via the Essential Phone website that he wants to take a simpler and more elegant smartphone to the market. He’s brought hangups about innate design flaws of Android to his engineers, with an aim to focus on craftsmanship and simplicity, that he believes the likes of Android and IOS have so far failed to do. Rubin has real doubts about closed ecosystems, like Apple’s IOS. He maintains that Essential’s OS will ‘play well with others’ and will aim to be open-source.

Rubin clearly has chip on his shoulder when it comes to innovative tech and he shows no sign of slowing down either. Thus he has made my list at number five.

Co-founder of Outcome Health. A startup focused on helping patients with chronic diseases. Outcome makes use of the latest innovations in tech to help doctors deliver the best treatment for their patients.

The company is helmed by CEO Rishi Shah and together with Shradha they have managed to bring in $500 million dollars with a valuation of more than $5 billion dollars. According to Fortune, Outcome has already fitted over 40’000 doctor’s offices with touch screen and tablets that aid doctors with their workflow and help to deliver valuable insight to patients.

Outcome claim to bring health intelligence to more than half a billion patients and just under a quarter of a billion health care professionals each year in the US. Since launching in 2006, Shradha and Shah have managed to get their technology into almost 20% of doctors offices in the country.

This work is somewhat pioneering. Their aim is to further digitalise the way we treat health problems and in doing so to provide healthcare professionals with insight that they have previously been unable to make use of.

However, upon increased investigation into their website it becomes clear that Outcome’s goals are less to do with health information and more closely related to advertising. There tech not only aids doctors and patients, but it also sells to them and this is the crux of Shah and Shradha’s business plan.

Despite these entrepreneurs clearly prioritising money making above techy health benefits they are still contributing to humble cause and succeed where many greedy startups fail, which is why they have made this list at number four.

Check out this video of Outcome Health. 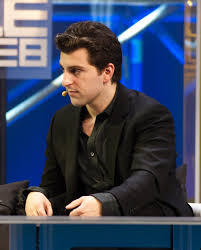 Co-founder at AirBnb. Ranked number 4 this year on Fortune’s 40 under 40 list. Brian Chesky and his co-founders, Nathan Blecharczyk and Joe Gebbia, have been navigating their fly-by bookings platform Airbnb through one of its most turbulent years yet.

Brian has already come a long way. He previously worked as an industrial designer and was born into a poor family. His list of accolades, however is still growing and in 2015 he was named by President Obama as an Ambassador of Global Entrepreneurship.

A grand title for a young man who was once quoted in his school yearbook as saying “I’m sure I’ll amount to nothing”.

Chesky graduated from RISD and shortly thereafter moved to San Francisco with his to be co-founder, Gebbia. They attended a design conference there and found that all the hotels in town were fully booked. It was that same year in 2007 when Gebbia pitched Chesky the idea to rent space for people who couldn’t find a place to stay and thus Airbnb was born (initially Airbedandbreakfast.com).

The founders joined by Nathan Blecharczyk, have since shortened the name and have expanded into more than 34,000 cities. The company is current the second-highest valued startup in the US, valued at $31 billion dollars as of March 2017. That’s almost twice the value of the Hilton empire.

Brian, having been named in Time’s ‘100 most influential people of 2015’, has since been working hard to expand his business into China, under a new company name.

In January this year Brian tweeted that Airbnb would be giving free housing to refugees and any others who have not been allowed into the US as a response to President Trump’s Executive Order earlier this year.

The company is expanding rapidly and since becoming a profitable business in 2016 their revenue has grown by 80%. Chesky and his team have gone about acquiring multiple business in their niche, including a booking app, Resy, and a Canadian-based villa rental company named Luxury Retreats International.

Brian’s humble beginnings means he has come a lot further than most of the other entrepreneurs on this list and that’s why he claims the number three spot. 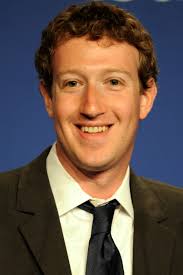 Co-founder and CEO of Facebook Inc (worth $71.5 billion as of September 2017 – Forbes). Love him or loathe him, Zuckerberg’s name is as famous as his creation. Previously known as TheFacebook, Mark’s social network has become one of the highest valued ($500 billion dollars) and most certainly one of, if not the most influential media sites in the world.

I had just finished reading ‘The Accidental Billionaires’ by Ben Mezrich when the film ‘the Social Network’ hit cinemas. A creation adapted from Ben’s book, concerning the life and rise of Mark Zuckerberg, the now infamous creator of Facebook Inc. Infamous because Mark is often portrayed as the bad guy, a typically ruthless entrepreneur with a sharp eye for predicting trends. He is well known for making use of the latest psycho-analytical techniques to further the development of his renowned and vastly ‘liked’ (pun intended) social media site.

The story of Facebook is well documented but if you don’t know the rough details of how it came to be then make sure to check out ‘The Social Network’ starring Jesse Eisenberg as the bright college dropout.

It’s hard to talk about Zuckerberg without harping on about Facebook, but it’s not actually Facebook that ranks Zuckerberg so highly on my list. Much like Bill Gates and his spouse, Zuckerberg and his partner, Priscilla Chan, are dedicated to benefiting the world on humanitarian grounds. In 2015 the pair announced that around 99% of their shares in Facebook would be donated to the Chan Zuckerberg Initiative – a limited company set up to “advance human potential and promote equality in areas such as health, education, scientific research and energy”.

But it’s not just this initiative that makes Zuckerberg so influential. He is now consistently ranked as one of the most powerful people in the world. My studies of Zuckerberg have lead me to believe that power is something he values highly. This control over Facebook gives him the power to determine the success of people’s businesses, influence elections and completely undermine well established news networks. However, despite Zuckerberg’s enormous power and combined wealth, it stands as a testimony to his character that he maintains his humanitarian beliefs. A belief system that so far, has kept his potential abuse of power in check.

CEO, Amazon. According to Money this July (27th), Jeff Bezos became the richest person in the world with a net worth of more than $90 billion dollars. This July he surpassed his residential neighbour, Bill Gates.

O.K, this is post about startups and Amazon has far surpassed its humble beginnings as an online book store 23 years ago. But I wanted to mention Jeff and Amazon because of their consistent ability to innovate. Together Jeff and his team are surely one of the most interesting companies to watch in the near/distant future because of this.

Amazon is currently the world’s largest internet sales company and it’s closest competitor, isn’t really close at all (Alphabet Inc, almost $45 billion dollars behind in revenue). In 2015, Amazon surpassed Walmart as the most valuable retailer in the US.

There is plethora of information on the internet concerning this retail giant but it’s certainly the past couple of years where we have seen Amazon fulfil its market potential. In June this year, Amazon broke the news that they would be acquiring Whole Foods, a high-end supermarket chain and therefore provided a confirmation that Amazon is no longer an online only business empire.

With consistent innovation and expansion, such as Amazon prime and Amazon’s drone based delivery service, Amazon now owns over 40 subsidiaries. And that’s why I had to absolutely put Jeff and his business empire at the top of this list.

If you made it this far thanks for reading and be sure to check out part one if you haven’t already.