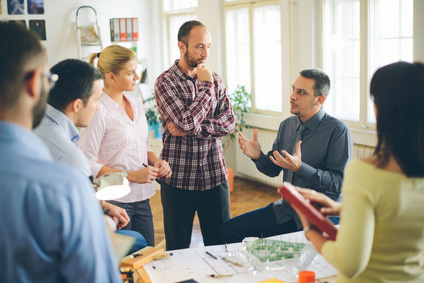 A guru, from the Sanskrit, ‘master, teacher, and expert’.

We’ve been in business for over five years but we still call ourselves a startup. We take a great interest in the business of all types and thought now would be a great time to share our interest in some of the most exciting startup entrepreneurs of 2017. So without further explanation, this is our list of startup gurus.

Justin’s startup is Asana, a project management tool used by businesses to plan and track their work. It was launched in 2008 and is now valued at over $280 million dollars.

Having previously worked at Google, it was when Justin was working at Facebook that he met Dustin Moskovitz, one of Zuckerberg’s famous co-founders. He left Facebook with shares worth over $730 million, which he deposited into a trust. 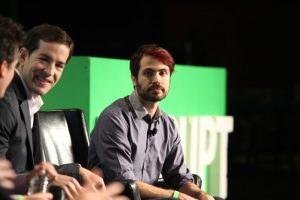 Rosenstein now leads product and design at Asana and along with Dustin they have recently celebrated reaching a milestone of over one billion users since launch. An impressive feat for any business.

“Success is a long series of problems” – Says Justin. He believes that CEOs are always working on problem solving. Call it what you want, solutioneering is what Justin has become master at managing. He says the path to success is a series of problem of solving tasks that get more and more difficult to manage as a company or business grows in size.

“It’s hard to maintain your focus on one thing at a time”. Justin tries his hardest to work with his team and uses a buddy system in his workplace to optimise the speed at which tasks can be completed.

Tips from Justin – clarity of purpose, clarity of plan. Don’t allow yourself to get overwhelmed, maintain a large perspective and take each problem as it comes.

Elon is one of my favourite CEOs of all time. Fearless, determined and passionate. Elon has been told no a million times, yet he always gets up and gets on with it.

It doesn’t seem like that long ago since Tesla motors, Musk’s electric car company, was receiving a bad wrap from a number of influential people in the automotive and energy industries. The same is currently happening for his Space-X program, with many claiming that Musk is either delusional or simply mad to perceive that we may be landing commercial spacecraft on our desolate red neighbour, Mars in the next 20 years. 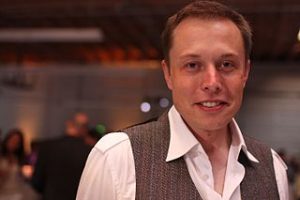 I however, maintain support for Elon on his quest to better humanity. I often think I’m mad to be in support of his commercial space program when so many disagree, usually with the claim that ‘it’s a waste of money’ and that we should be focusing our efforts on the maintenance of this planet rather than trying to expand into the interstellar nether.

However, no matter what you think of Elon and Space-X it’s not so much his goals with the company that are worth debate, whilst his mission to better humanity in someway or the other is fundamentally his biggest win. By embarking on that fantastical and improbable mission, Elon inspires us all to reach for the stars.

His ethos is surely backed up by his venture into electric vehicles. This year Tesla skyrocketed in value, with wall street ramping up the value of shares within the company. Musk claimed that he believes that value to be higher than Tesla deserves. Modest he may be, but Tesla shows signs of picking up the pace. With a manufacturing deal outside the US, Elon will see his cars produced in Shanghai, China. The first factory of its kind outside the US.

Despite continued scrutiny, Elon Musk’s companies continue to thrive and inspire. That is why he has made our list at number nine.

James is one of those talented individuals who sees the world from a lateral perspective. His company, Wrapify, makes use of one of the last frontiers of ad space. Automobiles. Obsessed with cars from a young age, James managed to find $2.9 million dollar investment to start his car wrapping company. Drivers are paid, on average, $350 dollars a month to wrap their cars in clients adverts.

Yes, O.K, we have seen adverts on cars before but not quite in the way that James and his team have engineered. Wrapify is fundamentally a digital company and has only been around since 2015, it sits in a market worth over $7.5 billion dollars.

“Their app automatically alerts drivers to new ad campaigns and provides brands with a dashboard that tracks how many people in real-time are seeing the ads”. – Forbes

Wrapify gives customers the chance to choose the advertiser and then have influence over the look of the advert, after all they are the ones who have to drive about with them.

At only 30, James has made Forbes 30 under 30 list. A decadent accolade to add to his success and a great reason for him to be on this list at number eight.

7. Jas Bagniewski – one of 5 Co-Founders at Eve Sleep.

Eve has recently turned 3 years old and although still a young startup it shines as one of the most promising hailing from the United Kingdom in recent years.

Jas, having studied an MBA at Cambridge University, went on to work for Rocket Internet, based in Berlin and it now has several thousand employees compared with the 40 odd before Jas joined. Having launched a successful price comparison website in Poland which he sold to Groupon, Jas has become a guru of the startup. 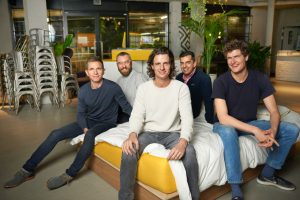 Specifically, Jas has become a master at efficiency. When he founded Eve, he realised that the mattress industry as a whole was deeply inefficient and so went about designing an up to date and streamlined business plan based around what he had learnt from his previous businesses.

In just two years Jas and his team have launched six products in 12 countries. In May of this year, Eve announced its first IPO on the London Stock Exchange. A phenomenal indication of growth and potential for investors. Customers can see the benefit too, with more efficient advertising and faster delivery times, Jas and his company are surely on a path for further success.

Although inundated with an influx of competing brands, it’s stands as a testament to the Eve team that they have been able to brush aside competition and come out on top with increased revenues of up to 355%. They went from an initial £2.6 million investment in 2015 to now showing capital of over £12 million.

The team said it took great branding, a great team, a great product but most importantly, a little bit of luck.

Emily started Glossier via her blog ‘Into the Gloss’ a beauty blog that she launched in 2010. Into the Gloss became very popular and Emily worked hard to build a following of avid readers. The blog quickly grew into a huge internet community.

Just four years after starting her blog Emily had launched her campaign into the world of fashion. She now employs over 45 individuals from all over the world and resides in NYC where she spends her time trawling social media for inspiration.

Emily still promotes her business via her blog and content marketing. With interviews from the likes of Kelly Rowland and open thread discussions, Emily closes the gap between her business and her customers. Furthermore, she allows her customers to influence the products she develops and promotes. 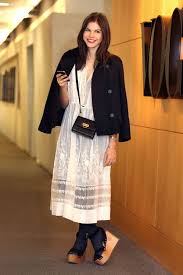 Through years of reviews and product testing, Emily and her team have become experts on beauty products and thus have built their brand through their own material learning. They claim that there top shelf products are ‘distilled’ from years of recommendations. It’s this ingenuity and unique approach to marketing that lands Emily at number six in my list.

In the meantime check out our Top 5 Business Tips for Startups here.